In the late 19th century most designers reused former style periods to incorporate them in their new furniture designs. Dutch firms, like Pander & Zonen, H.P Mutters en Gebr. Horrix (all from The Hague), produced ecclectic furniture. Gradually, for Pander, after visiting the Paris World fair in 1900, they also started to design in the new ‘art nouveau furniture’ style. Luckily, the tendency for good and new design grew. As many architects were “Gesammtkunt” artists (from building to tea cup) they often designed the interiors of their dwellings as well (a.o. in France: Hector Guimard and Léon Benouville).

Henrik Petrus Berlage was also inspired by earlier periods; as the Italian Renaissance and the Arts and Crafts movement from William Morris, who, in his turn, was inspired by the Middle Ages. The reinterpretation and adaptation of styles was not always succesfull, however, Berlage had a very personal vision on how a building or chair, apart from function (which was a great issue), had to look like. His, rather severe, ideas for furniture; with visible joints and minor sculpted decoration which he designed for “’t Binnenhuis” in Amsterdam, were of no comparison to the furniture designed by his fellow colleagues in the field such as the Belgian architects Henri van de Velde, Victor Horta and Gustave Serrurier Bovy. Their elaborate curvilinear style, which Berlage diminished as “Slaolie stijl” (a name given because of the curvilinear design by Jan Toorop of a lithograph for “Delftsche slaolie”), show much more elegance and lightness than the rather sturdy designs from his hand. The designs of the above mentionned Belgian designers were sold in the Netherlands by the ‘Arts & Crafts’ gallery, also situated in The Hague. But it was not only in Amsterdam and The Hague where these different style ideas arose, all over Europe this tendency was noticeable. For example, more stylised and geometric Art Nouveau was found in Scotland (Charles Rennee Mackintosh and the Glasgow four), and also in Austria (Wiener Secession and Wiener Werkstätte; Joseff Hoffmann and Koloman Moser, who’s furniture designs were executed by the firm’s of Jakob and Josef Kohn and Thonet). In Germany both the geometric(1) and the curvilinear (2) styles were used. With artists such as (1)Peter Behrens, Richard Riemerschmidt, Patriz Huber and Josef Maria Olbrich, who all worked together in the “Darmstädter Künstlerkolonie” and (2) Herbert Pankok and August Endell.

In general, France and Belgium show the curvilinear approach ‘in extremis’. For example the “École de Nancy’, with prominents such as Emile Gallé, Louis Majorelle, Emile André, Paul Guth and Jacques Gruber. They often used dark woods, inlaid with animals and plants wih heavy organic and curvilinear features. However, some tend to a more modest style approach. In Paris for example , where Siegfried Bing started his new gallery “L’Art Nouveau Bing” in 1896. Bing himself hired artists to design for him. Three of his major furniture designers were Georges de Feure, Edward Colonna and Eugène Gaillard, who often worked in lighter (fruit) woods and/or had a more subtle curvilinear approach. At Bing’s gallery renowned artists from all over the world exhibited, the art objects sold at Bing’s were intended for high end customers only. This in contrast to the somewhat later opened “La Maison Moderne” by his counterpart Julius Meier Graefe, an of German origin art dealer and critic. Here art objects were sold in a somewhat more modest price range. He also had designers working for him, such as Paul Follot and Maurice Dufrène, both of them also played a big part in designing Art Nouveau furniture and applied arts in the later Art Deco period, in which the collaboration between art and industry became the starting point of a new, modern, era. Rachel Reijers 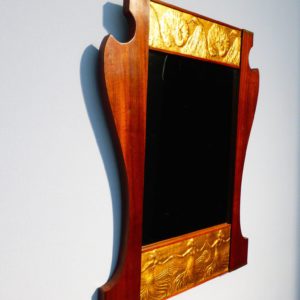 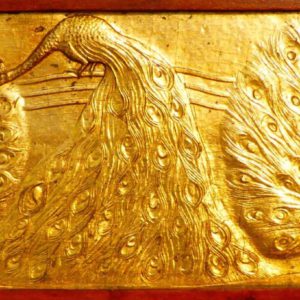 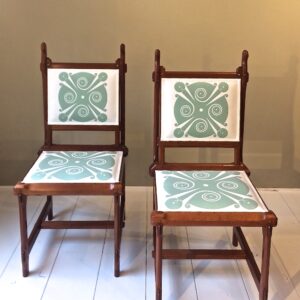 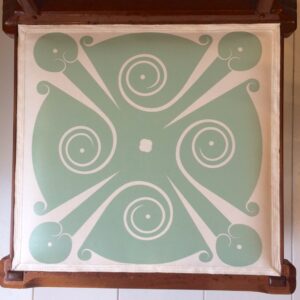 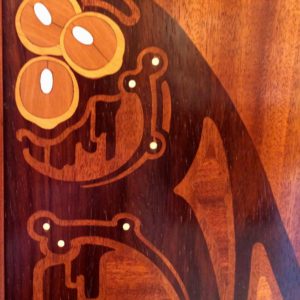 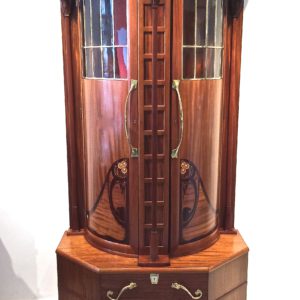 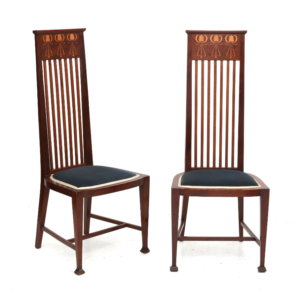 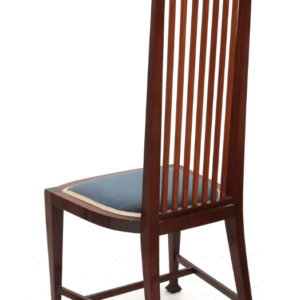