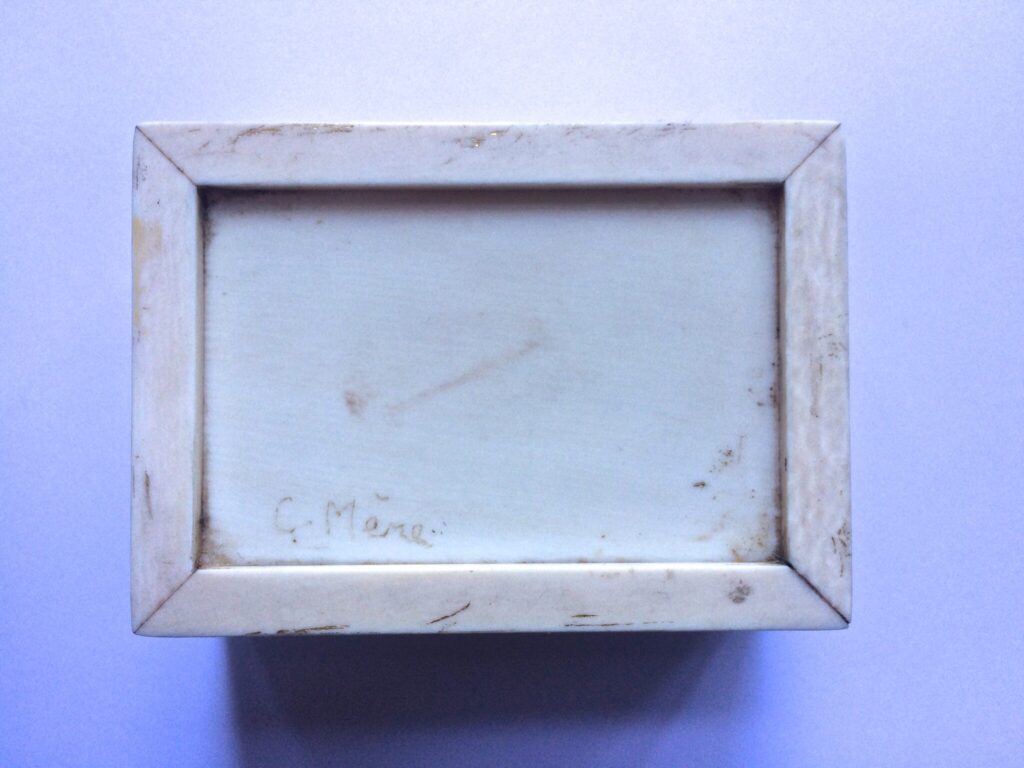 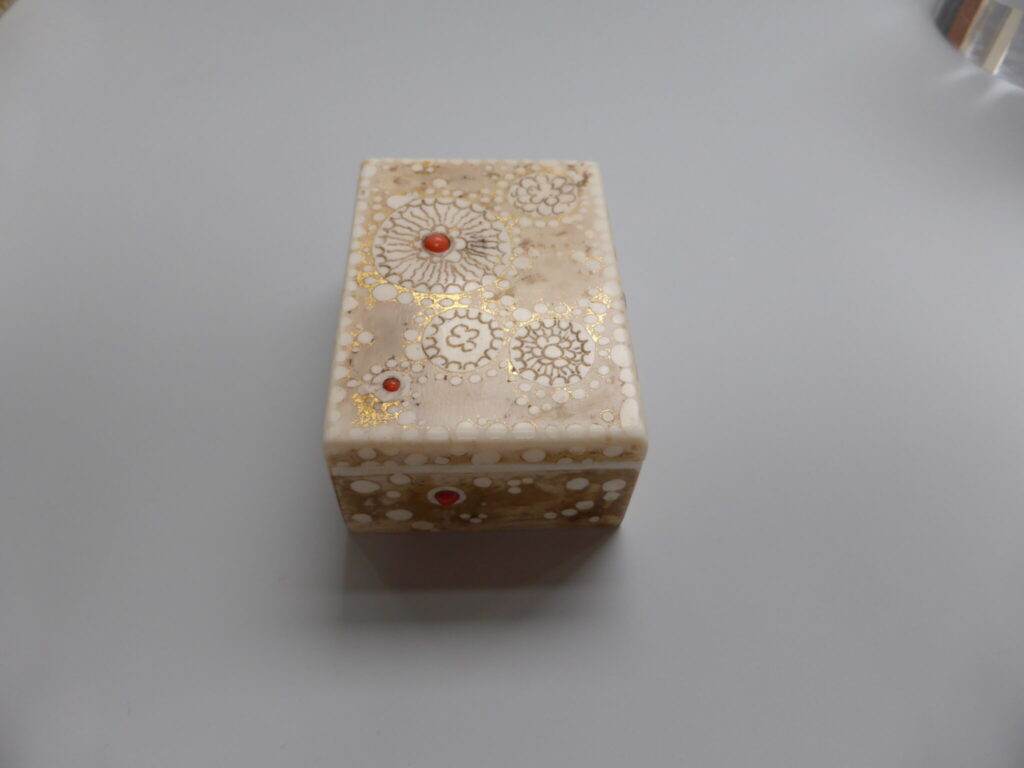 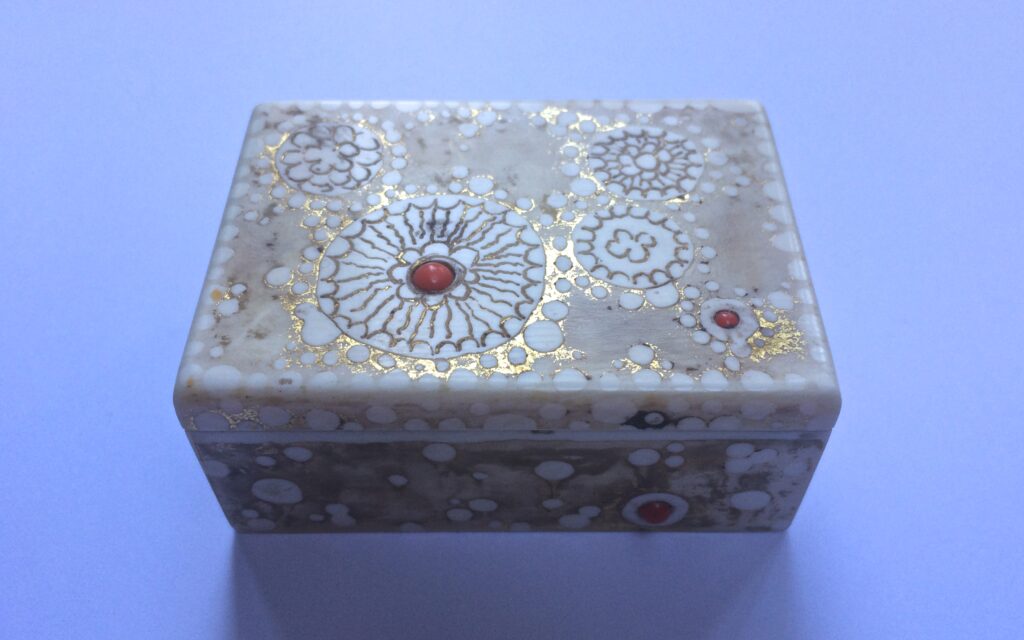 Clément Mère (1861-1940) – Rare ivory box inlaid with red corals. The box is partially gilded and has an etched “caillouté” (speckled decoration. H.: 3 cms. Width: 6,5 cms. Lenth: 5 cms. Period: 1922-1925. Condition: Good considering age, some fading of gilding. For a period of time at the beginning of the 20th. century Clément Mère designed for “La Maison Moderne” from Julius Meier Graefe. There he collaborated with the German painter Franz Waldraff who became his dear and close friend. Mère specialized in small decorative objects in various materials, such as: wood, ivory, mother-of-pearl, leather and textiles. He exposed regularly at the Salon of the ‘Société Nationale des Beaux Arts. In 1908 he became an active member of the “Société des Artistes Decorateurs” of which he became vice-president from 1913 up until 1920. He also designed furniture in precious woods for, a.o., Robert de Rothschild and his wife Nelly Beer and for baron Edouard de Rothschild for his “Château de Ferrières”. A fine collection of his ‘object d’art’ were bought by the “Musée des Arts Decoratifs”. Another collection of these small and decorative objects were acquired for the “Musée de Luxembourg” and are now found, and on display, at the “Musée d’Orsay” in Paris.