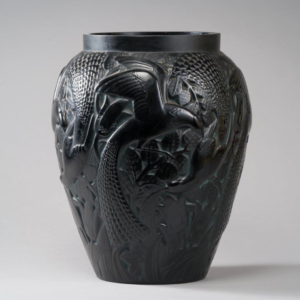 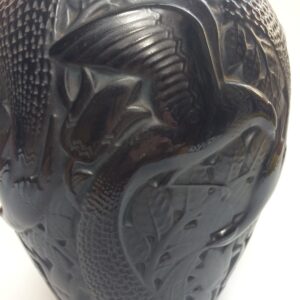 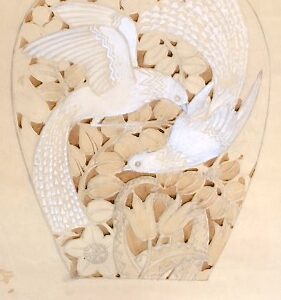 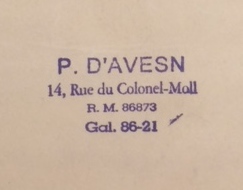 This stunning, and much sought after, vase with birds of paradise was designed by Pierre d’Avesn. A remarkable glass designer who initially started of as a young boy at the glass factory of René Lalique. He was allowed to execute the rare ‘cire-perdue’ vases by Lalique. In 1926, up until 1930, he started of and designed his own vases which were executed at the Cristallerie de Saint-Rémy. This vase is in pressed black glass with a, slight, green patina. Height: 32 cms. Condition: good. This vase is accompanied with the original drawing of the vase, which is quite spectacular! 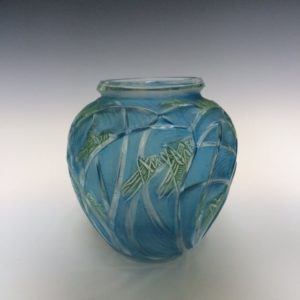 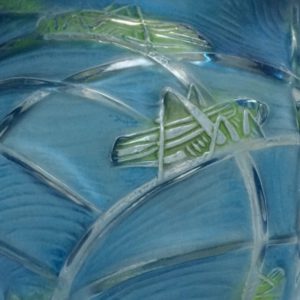 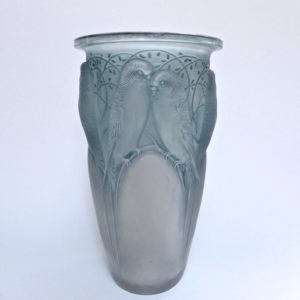 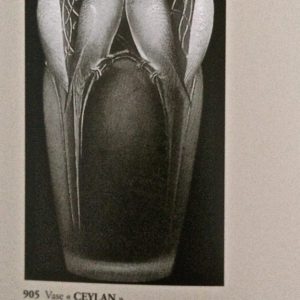 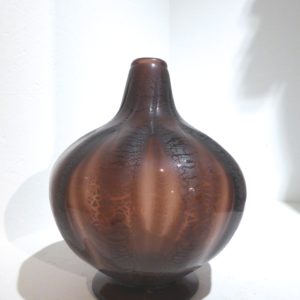 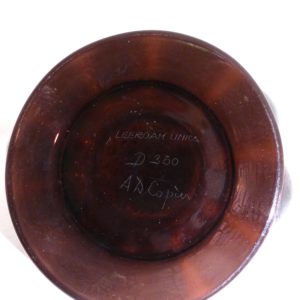 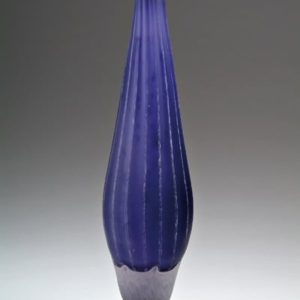 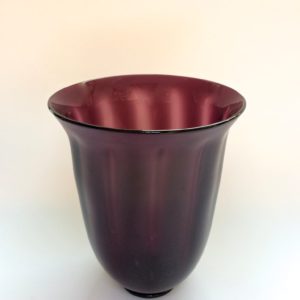 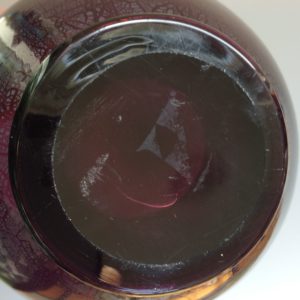 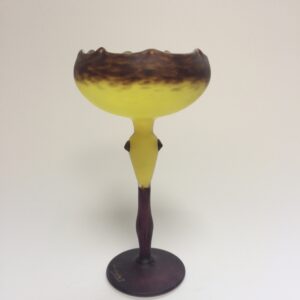 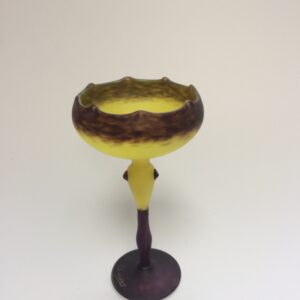 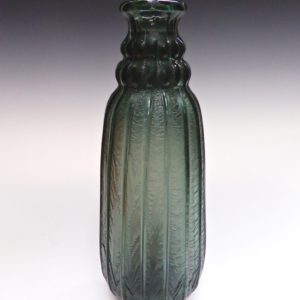 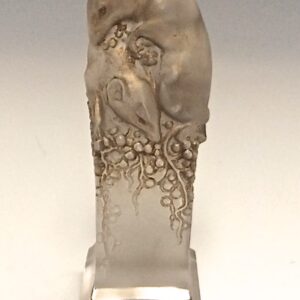 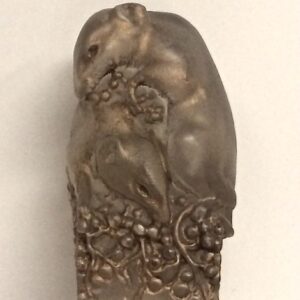